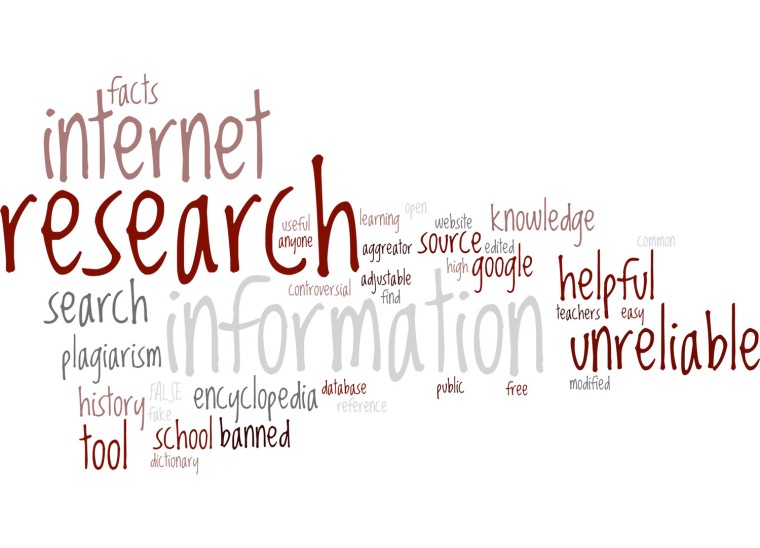 Wordle generated from word associations with “Wikipedia” at the beginning of the semester.

This week is the final session in the Wikipedia as a Research Tool class I taught this semester to Freshman in the Undergraduate Honors Program at the University of Memphis.  I have blogged a bunch in the past, most recently last week, on the merits of Wikipedia in both higher education, cultural heritage and museum studies, and as an information resource.  Generally, I find that Wikipedia gets a bad rap largely from ignorance about the evolution of the resource or from those not understanding the intent of the tool.

Regardless, on the first day of class this semester I aimed to gauge the students knowledge of Wikipedia, determine their specific interests in the subject, and go from there.  I had in mind that each student would create their own Wikipedia article or substantially edit an existing page.  Early on I made contact with Jami Mathewson from the Wiki Education Foundation.  Jami sent me a packet of information that included a 12-week syllabus for writing a Wikipedia article.  Wikipedia has many intro and how-to brochures/tutorials available through Wikimedia Outreach.  I did not use all the resources available to me as an instructor in the course, especially having the students turn in all assignments in the Wikipedia course space.  Next time I likely will.

My own syllabus follows the one Jami provided, supplemented with additional assignments and readings.  My additions focused less on a discussion of Wikipedia and more on the concepts of user-generated content, open authority and public access.  In class, I noted to students that Wikipedia will give way to something else, in the same way that Friendster, was replaced by My Space which lost out to Facebook, which will be overshadowed by something else.  One course objective was to contextualize Wikipedia within the noted concepts.  For example, a portion of the student’s final assignment is to assess the recent MIT Technology Review article The Decline of Wikipedia.

On the first day of the semester and again this past Tuesday now nearing the end of the semester, students created a list of word associations for the term Wikipedia.  The lists were spontaneous responses.  The instructions were simple “Take out a piece of blank paper and write your name at the top.”  When everyone had done so, I instructed the students to “Write a list of words that you associate with Wikipedia.”  The students responded for two minutes.  The wordle or word cloud at the top of this post is from lists the students created on the first day of class.  The wordle below is from the lists the students created this past Tuesday.

The wordle from the first day of the semester can be read as “Wikipedia is for internet based research to obtain information.  Although a helpful search tool, Wikipedia is unreliable.  Wikipedia is used in plagiarism.  Some schools ban the use of Wikipedia.”

The wordle fourteen weeks later, shown below, is markedly different in several respects:

So what does all of this mean?  Have I effectively duped some of the best and brightest into believing that Wikipedia is something useful and students do not really need to heed the dire warnings of folks such as modern-day digital Luddite Andrew Keen who in his Cult of the Amateur warns that with such user-generated content:

“The monkeys takeover.  Say good-bye to today’s experts and cultural gatekeepers – our reporters, news anchors, editors, music companies, and Hollywood movie studios.  In today’s cult of the amateur, the monkeys are running the show.  With their infinite typewriters, they are authoring the future” (p. 9).

I think not. Or as I have noted in the past, “what a fine job us primates are doing!”

In Part 2 of this post, the students will speak. 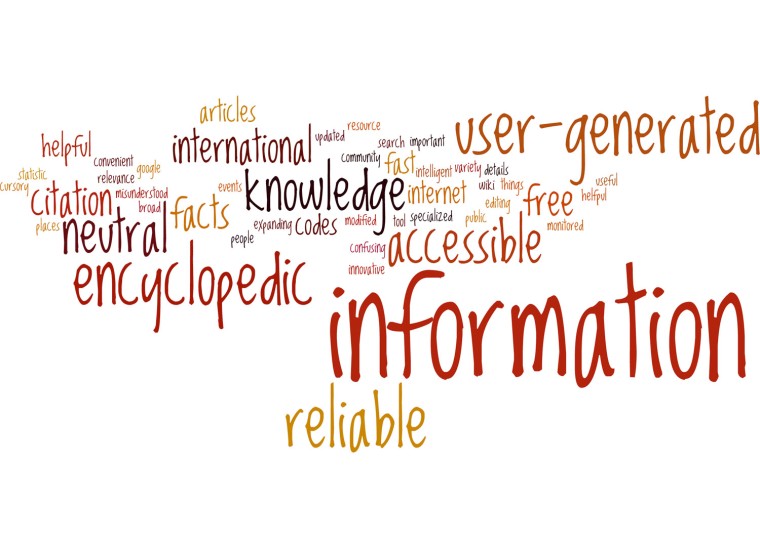 Wordle generated from word associations with “Wikipedia” at the end of the semester.

← Why I Blog About Archaeology
NCCC: Graduation Reflection →

13 comments for “My Experience Teaching a Class on Wikipedia, Part 1”