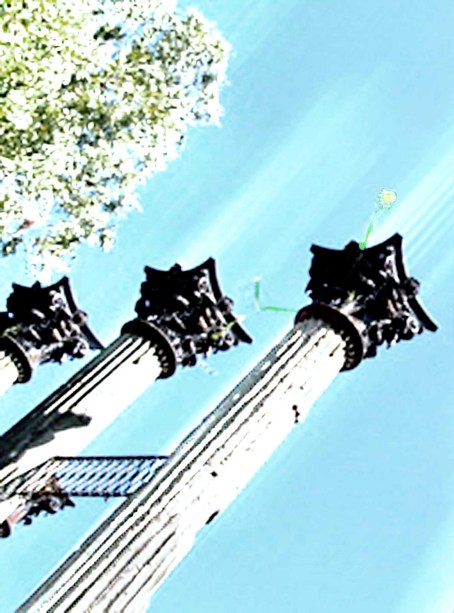 A concern expressed by museums for presenting collections online is that the practice will reduce museum attendance.  On the surface, this argument is rather self-serving and suggests an institution’s real purpose  is not their mission statement but to maximize real-time visits.  The Museums and Society 2034 report from the American Association of Museums noted that “According to research by the Institute for Museum and Library Services, 43% of museum visits in 2006 were remote, predominately via museum websites.”  Of course, the report predicted this trend will increase and argued that remote visits can serve as a vehicle to drive more people to visit real-time.

Less scientific, but rather instructive, during the last meeting of my Museum Practices class this semester, I asked “Does any student know of, heard about, or can you cite any instance where an individual did not visit a museum because they had experienced the collections online?  Have any of you canceled your trips to Amsterdam because the Google Art Project has placed so many of Van Gogh’s paintings online?”  Of course the answer was an emphatic NO to the latter question, and no one could point to an example of the former.  As a general statement, the strident position of seminar students five years ago in opposition to the concept of a virtual museum today is considerably more moderate.

Archaeologists and other cultural heritage professionals are beginning to experiment with placing collections online.  Here are a couple of sites that took or today are taking the lead in this work:

In 1998 Carol McDavid created a groundbreaking website for archaeology at the Levi Jordan Plantation, the place where a “plantation was built in 1848 by Levi Jordan, his family, and the people who worked for them as slaves and, later, as tenant farmers and sharecroppers. This web site attempts to discuss the lives of ALL of these people, and covers a period from 1848 until about 1888-1890.”  Although rather crude by today’s standards, and in an exchange with Carol last year, she was somewhat surprised that the site was still live, the experiment provides a model for the future.  Scanning the Table of Contents for the website shows the considerable amount of information placed online.  Were one interested in cursory information or detailed scholarly research the Plantation website would be a first stop.

A modern version of the Levi Jordan website is in place for New Philadelphia site in Illinois.  The website notes that ” New Philadelphia was founded by Frank McWorter, a free African American, in 1836. Shortly after purchasing his freedom from the estate of George McWhorter, Frank invested in acquiring land in a largely undeveloped area of Pike County, Illinois . . . He and his family moved to Pike County in 1830. . .  and legally registered the town . . . New Philadelphia was the first town established by a free African American before the Civil War.”  The wealth of data available on this site is truly outstanding, including a full set of archaeological fieldwork reports, something reasonably unheard of in the past and even today.  Along with census records, newspaper archives, descendent genealogies, surveys and maps, as with the Levi Jordan Plantation, the website created for New Philadelphia is a first stop for both in-depth research or casual interest.

Here is the punch line for me on both archaeological sites as cultural heritage venues – I first learned about each of them in the book  Archaeology as a Tool of Civic Engagement edited by Barbara Little and Paul A. Shackel.  After reading the book’s articles about these two locations, I tracked down the above websites.  I have never visited a museum at either of these locations because none exists – all readily available documentation is in either published articles or online.   However, movement toward museums or other cultural heritage institutions is in process at both Levi-Jordan Plantations and at  New Philadelphia.  Arguably at both of these sites, the very presence of a robust internet presence argues for a significance that will support their future development.  Were it not for the Internet presence, to me, both of these locations would fall into the long ago and far away category.

Levi Jordan Plantation and New Philadelphia are two examples where the virtual presence will be instrumental in generating the exposure and support for movement toward a real-time presence in whatever form that might take.

5 comments for “How Virtual Can Lead to Real Time”